If you search for Kuchipudi Dance Classes In Singapore, SRI is a one-stop solution for all your Indian classical dance.

Kuchipudi is a dance style that hails from Andhra Pradesh. It is a perfect combination of spritely lyricism, intricate rhythmic patterns and consummate acting (abhinaya) following the tenets of the Natya Shastra – a monumental treatise on Indian dramaturgy – dance, drama and music.

The Natya Shastra says that there is no knowledge, no sculpture, no education, no art and no yoga that is not reflected in dance. Kuchipudi is attributed to a young ascetic called Siddhendra Yogi (17th century) who was well-schooled in the Vedas, Upanishads, puraras and Natya Shastra. He gave a new dimension to Kuchipudi which draws from its precursors like Yakshagana and Bhagavata Mela traditions.

It was practised as a male dance drama form where the males took on female roles as female impersonators or “bhrukunsuvas” (Sanskrit term). Siddhendra Yogi taught it to young brahmin boys and encouraged them to perform it with devotion with the promise of salvation. It was broadly based on Lord Krishna’s stories and the tradition of Vaishnavism.

The Nawab of Golkonda, Abdul Hassan Taanisha, a man of secular disposition, once saw their performance and liked it so much that he gifted them a village which later came to be called Kuchipudi. The dance form derives its name from the village.

Bhama Kalapam, the story of Satyabhama, the charming but jealous wife of Sri Krishna became the piece-de-resistance of a Kuchipudi repertoire. The introductory piece of Satya Bhama called patra-pravesha-dharavu is one of the charmingly peculiar features of Kuchipudi, where the character introduces herself to the audience.

Another interesting feature is the dancing on the rim of a brass plate called Tarangam, to intricate rhythmic patterns. It requires exacting dexterity and mastery. There is a philosophical concept to it – the plate denotes the elevation of the soul from the mundane, traditionally done to the texts from “Krishna Leela Tarangini” by the great poet Narayana Theerta.

It was in the 1930’s that Kuchipudi included girls in its male domain. Guru Lakshminarayana Shastri and Guru Vedantam Prahlada Sharma were largely instrumental for this change.

Today it is primarily practised as a solo dance form by female dancers. 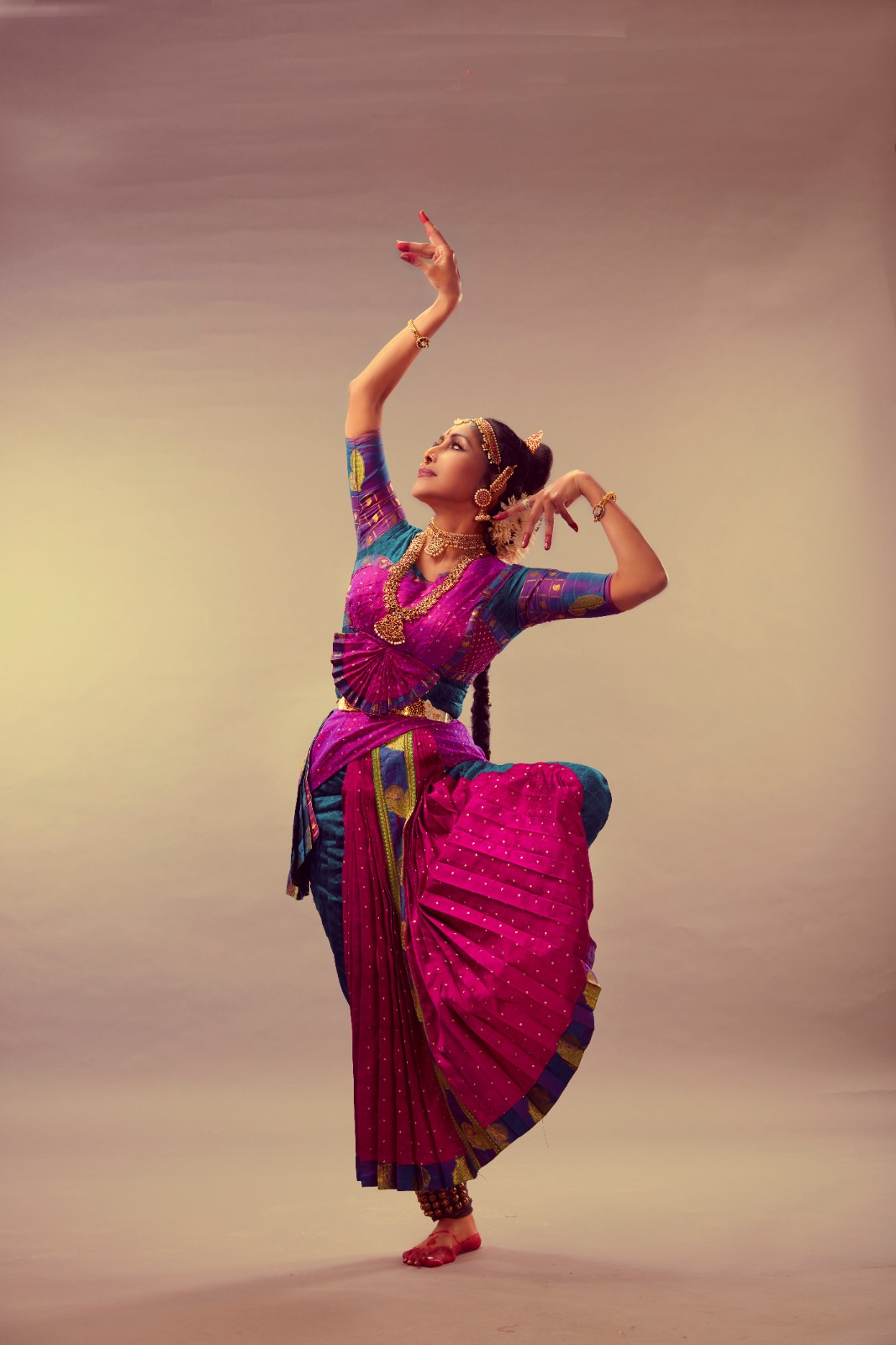 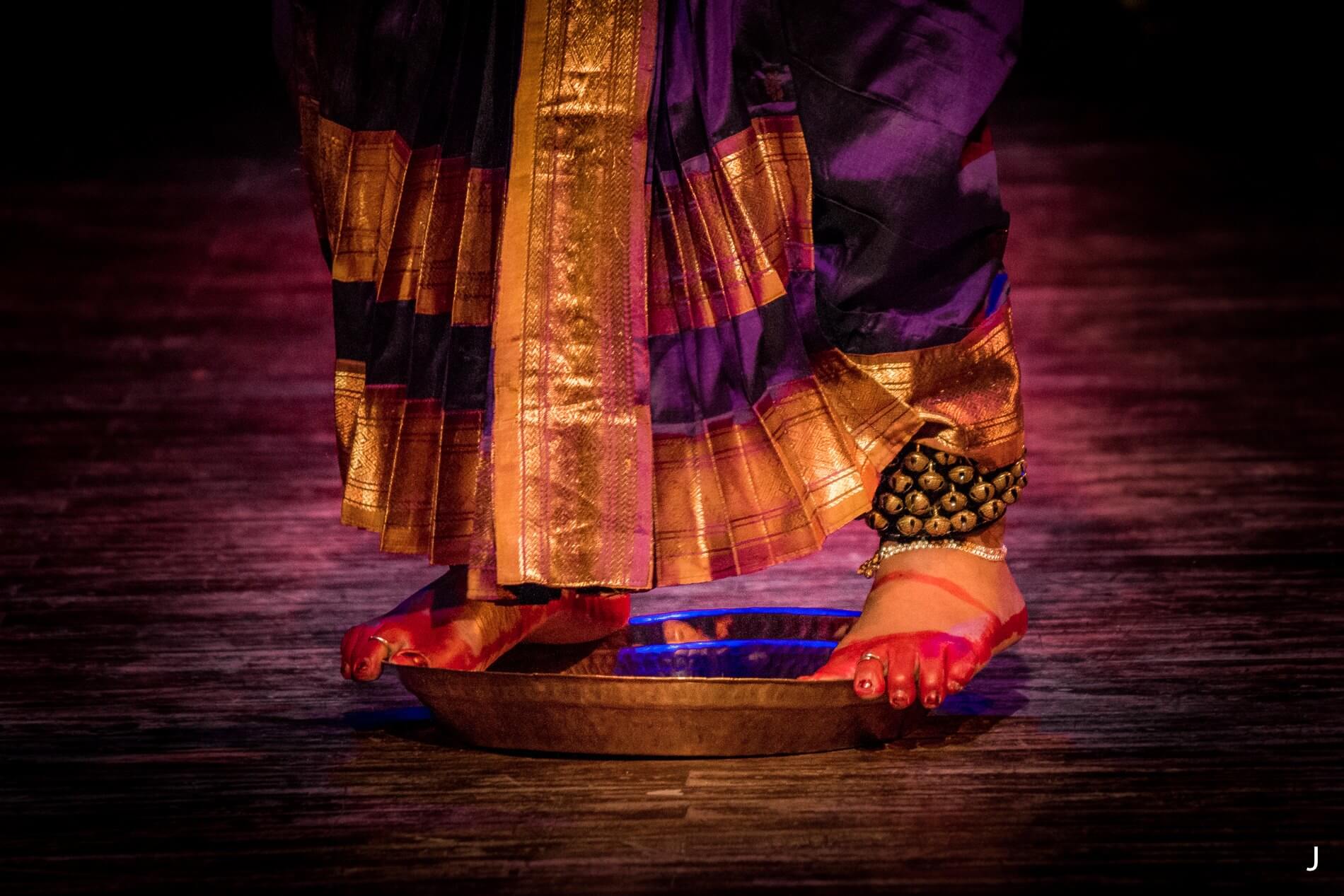 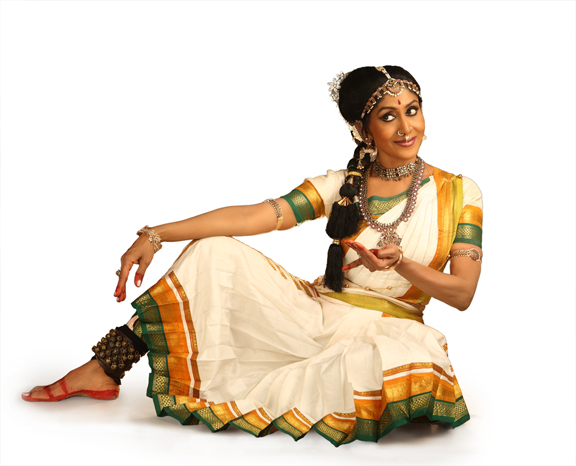